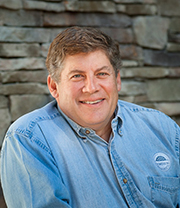 Clyde grew up in Martinsville, Virginia and graduated from high school at Woodberry Forest School in Madison, Virginia. He earned his Bachelor of Science Degree in Civil Engineering from Georgia Institute of Technology and his Masters in Business Administration degree from Emory University, both in Atlanta, Georgia.  Clyde has over thirty years of all types of construction experience and has held an owner’s position in custom building and remodeling firms since 1996.  He has over 20 years of residential remodeling experience and extensive skills in both project and business management.  He most enjoys the satisfaction of bringing a project from an idea to reality and helping the homeowner realize their dreams in making their homes better suit their needs.  Clyde also enjoys spending time with his family, traveling and the outdoors. 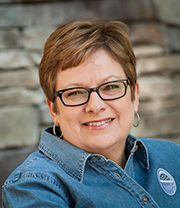 Susy grew up in Washington, DC.  She moved to Richmond to attend Virginia Commonwealth University where she earned a degree in Communication Arts and Design.  She worked as a graphic designer for ten years. She returned to Virginia Commonwealth University where she earned a second degree in Interior Design graduating magna cum laude. Susy worked for several years in commercial interior design but made the transition to residential design. In addition to an interest in antiques and the decorative arts, she has an affinity for American history and has worked as an interpreter at Monticello in Charlottesville, St. John’s Church in Richmond and Eden Gardens State Park in Florida.

Dominion Preservation Company consistently teams with proven and reliable trade partners and suppliers from every facet of the building industry.